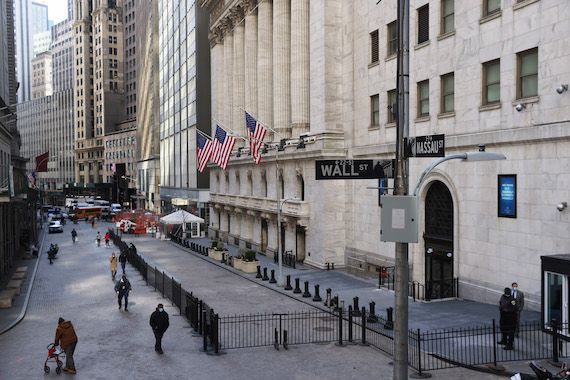 MARKET REVIEWS. Global stock markets were stagnant on Wednesday, numb on the eve of a U.S. holiday as PMI activity indicators broke the timid momentum at the European open.

The euro zone economy contracted slightly less sharply in November than in October, while inflationary pressures showed signs of easing, according to the Flash PMI index published on Wednesday by S&P Global.

In France, after several months of resistance, the economy fell back for the first time since February 2021.

“I don’t know if it’s the wait for the publication of the minutes”, the minutes of the last meeting of the American Federal Reserve after the European close, “the Thanksgiving holiday or simply the absence of major catalysts which explains the inactivity” of the markets, notes Craig Erlam, analyst of Oanda.

The publication of the US Federal Reserve is likely to give clues on the next monetary policy decisions, with investors hoping for a slowdown in the rise in key interest rates.

Credit Suisse bank (-4.62%), which has begun a major restructuring of its activities, announced that it expects a pre-tax loss of up to 1.5 billion Swiss francs in the fourth quarter of 2023, in particular due to the weakness of its investment banking part. The institute also reported a 6% drop in assets under management as of November 11, compared to the end of the third quarter.

During an extraordinary general meeting, its shareholders approved a capital increase in two parts which should make it possible to raise 4 billion Swiss francs and bring the Saudi National Bank into its capital.

The American owners of English football club Manchester United announced on Tuesday night that they were open to a sale of the club, which is struggling to regain its former glory, on the same day that Portuguese superstar Cristiano Ronaldo broke his contract.

After already climbing nearly 15% on Tuesday in the US market, where the club is listed, on early rumors of a sale, the stock was up nearly 10% in trading after the US close.

The group specializing in the sale of bicycles, spare parts and accessories for cars saw its half-year profits halved and revised its forecast for annual results downwards because of consumers under pressure who are cutting their spending. The action fell more than 6% in London.

Oil prices were losing ground, weighed down by fears of rising COVID-19 positive cases in China and the global economy, despite the entry into force of the European embargo and the cap wanted by the G7 the price of Russian crude.

Which Is The Best Broker In Singapore? – Stock Market Today