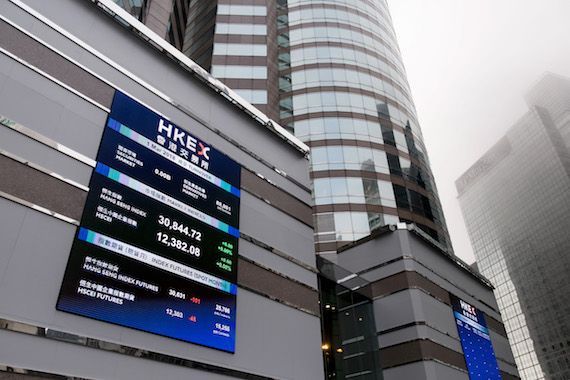 MARKET REVIEWS. Stock markets were trading in a narrow range on Friday, poised to calmly end a week that was sparse in news and trading volume, due to a Thanksgiving holiday in the United States.

On the New York Stock Exchange, the futures contracts of the three main indices point to an opening close to equilibrium as well, before closing at noon for Thanksgiving. Thursday, Wall Street remained closed.

The week was light in news, with only a few leading activity indicators, which revealed new signs of economic slowdown, and the minutes of the latest meetings of the American and European central banks, among the elements scrutinized by the markets.

Investors continue to hope for a slowdown in central bank rate hikes.

On the bond market, the rates of European states rose sharply, canceling the decline recorded Thursday after the publication of the “minutes” of the Federal Reserve. The ten-year German rate was worth 1.93% against 1.84% at the close on Thursday.

“The appetite for risk remains nevertheless very present”, according to Pierre Veyret, analyst of ActivTrades, “especially after the publication of the German GDP this morning exceeded the estimates”.

German growth reached 0.4% in the third quarter, despite the energy crisis and inflation weighing on Europe’s largest economy, according to final official data.

“Despite difficult economic conditions, with the coronavirus pandemic, disrupted supply chains, inflation and the war in Ukraine, economic activity is growing”, driven by “private consumption”, commented the Destatis institute. in a press release.

The health situation in China is also being scrutinized by investors: the number of new contaminations has reached a record, several confinements have been decreed, including the city in the center of the country Zhengzhou where six million people live. Violent demonstrations took place in protest of these measures.

“Nevertheless, investors recognize that it is normal for cases to increase as the Chinese economy begins its long and winding road to normalization,” said Stephen Innes, analyst at SPI AM.

Thus according to him, “stock and currency market investors are watching the current lockdowns cautiously, while betting on a more optimistic interpretation that China is reaching the limits of “Covid zero” and the authorities’ continued efforts to ease restrictions. “.

The British manufacturer of sausage casings Devro soared 60.42% in London, after a takeover offer by the German Saria, specializing in particular in the food industry, for 667 million pounds.

Oil prices rose on Friday as debates continue within the coalition that wants to cap the price of Russian production, even if the confinements in China still weigh.