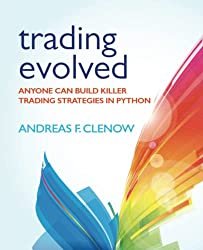 
Saudi Arabia and Russia are pressing the U.S. to coordinate oil output cuts in an attempt to stabilize prices, OPEC officials said, as the demand for crude plummets amid the coronavirus pandemic.

U.S. oil companies are divided over the proposed cooperation between the world’s three biggest crude-producing nations, which would be unprecedented. Some major oil companies, including Exxon Mobil Corp. and Chevron Corp., are opposed to the plan. Some American shale producers, including Pioneer Natural Resources Corp., are trying to find ways to join the Saudi-and-Russia-led plan.

Top executives from U.S. energy companies were expected to take up the matter in a White House discussion convened by President Trump on Friday. Oil prices jumped by double-digit percentages a second straight day on hopes of a detente in the global price war.

The Saudi-led Organization of the Petroleum Exporting Countries and 10 nations led by Russia are set to hold a virtual emergency meeting on Monday. The group is considering whether to invite representatives from the U.S. and Canada, including from Texas and Alberta. The outcome of Monday’s summit will largely depend on whether Mr. Trump and U.S. oil companies can reach a consensus Friday on oil production cuts.

While the U.S. government and some companies cannot formally join the 23-nation Saudi-and-Russia-led alliance because of antitrust and sovereignty issues, they are trying to figure out ways to convince Saudi Arabia and Russia to reduce output. Riyadh and Moscow have privately made it clear they won’t cut output unless U.S. producers do so as well.

Mr. Trump said Thursday he was hopeful that a truce could be worked out in the oil-price war between Saudi Arabia and Russia after he had spoken to Saudi Crown Prince Mohammed bin Salman.

Saudi Arabia, the world’s largest crude exporter, slashed its prices and said it would unleash a flood of oil last month after it failed to reach a deal with Moscow on a response to falling demand. The ensuing price war, along with lockdowns and travel bans amid the pandemic, have pushed oil prices to their lowest level in 18 years.

Mr. Trump’s remarks on Thursday sparked a record-breaking percentage climb in oil prices, with Brent and U.S. crude notching gains of 21% and 25%, respectively.

Brent crude, the global benchmark rose another 14% to $34.11 a barrel on Friday. West Texas Intermediate futures, the U.S. bellwether, gained 12% to $28.34 a barrel. Still, both price gauges have lost about half their value since the start of the year.

The drop has prompted U.S. producers to slash drilling budgets and idle rigs. The number of rigs drilling domestically fell to 664 Friday, down from 770 a month ago, according to Baker Hughes Co.

Yet it could be months before the slowdown results in diminished output. U.S. crude production has held near a record level of 13 million barrels a day through March 27.

The Saudi-and-Russia led alliance will discuss output curbs of 10 million barrels a day including North America, on the Monday conference call, the officials said. It wasn’t clear whether North American producers would participate. They haven’t attended OPEC gatherings in many years.

Among those are some U.S. shale producers, who have told OPEC they were ready to carry voluntary production cuts amid a ballooning oil glut, said people familiar with the matter. Some of them, in Texas, are backing the possible curtailment of 500,000 barrels a day, these people said. But major oil companies are worried any concerted curbs could expose them to risks of lawsuits on antitrust grounds, they said.

Russian President Vladimir Putin said Friday that his country was ready for a deal with OPEC and the U.S. He said that a collective cut of 10 million barrels a day would be needed to balance the market.

“We are all concerned about the way the situation is developing, everyone is interested in joint and—I’d like to stress it—coordinated actions to ensure long-term market stability,” Mr. Putin said during a video meeting with Russian oil officials.

Vagit Alekperov, the head of Russian oil major Lukoil, said that it wasn’t clear by how much Russia would cut production as the situation “changes every day.”

The U.S. Department of Energy is also looking at ways to convince the Saudi-and-Russia-led groups that U.S. producers can follow through with any voluntary curbs they propose, the people said. Many OPEC officials don’t believe the U.S. producer will voluntarily reduce production without U.S. government intervention.

While the output reductions could help cushion the current oil price crash, most analysts say it won’t be enough to make up for how much fuel demand the pandemic has erased. Goldman Sachs, for instance, estimates oil demand this week fell by 26 million barrels a day—or a quarter of global demand.

“The benefits from a likely modest reduction in global crude oil supply are still likely to be swamped by the decline in crude oil demand,” said CFRA Research analyst Stewart Glickman. 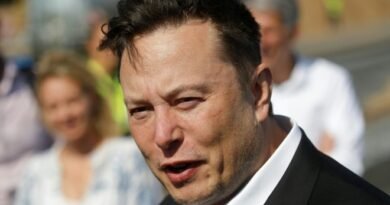