The crash in global oil prices deepened Tuesday, as pain spread to currencies of major exporters and shares in energy producers.

Brent crude futures, the international benchmark for oil markets, dropped 15% to $20.67 a barrel, their lowest level since 2002. The decline came a day after the price of West Texas Intermediate, the U.S. crude benchmark, dropped below zero for the first time in history.

U.S. oil markets came under further pressure. The June WTI futures contract, now the most actively traded, dropped 17% to $17.03 a barrel. The May contract, which settled at a historic minus $37.63 a barrel Monday, rose to minus $6.30 a barrel in thin volumes on its final day of trading.

The convulsions in oil markets underlined the huge hit that government-imposed lockdowns designed to stall the spread of the coronavirus have dealt to oil demand. With producers unable to shut wells fast enough, and OPEC and G-20 production cuts not due to take effect until early May, traders say that the world is essentially running out of space to store oil.

“Whatever oil analysts and oil traders have learned over the course of the last 50 years or 100 years was all of a sudden put in question” by Monday’s negative oil prices, said Eugen Weinberg, head of commodities research at Commerzbank. “Everyone has been shocked.”

Oil futures, used by investors to bet on the direction of prices and by producers to protect against market swings, had performed better than the physical oil market for several weeks. Now, they are being stung by the slide in demand for actual barrels of crude.

“This is the market signaling to producers that you need to cut off more production faster because we’re drowning in oil at this point,” said Saad Rahim, chief economist at Swiss commodities trader Trafigura.

The drop in oil prices rippled through to the currencies of oil-producing nations. Russia’s ruble dropped 1.7% to trade at 76.81 a dollar, extending its depreciation against the greenback this year to 19%.

The economy of Russia, the world’s second-largest oil producer in 2019, stands to suffer from lower oil prices. A weak currency could prevent the Bank of Russia from cutting interest rates as much as it would like to bolster growth at a monetary-policy meeting on Friday, said Piotr Matys, a strategist at Rabobank.

The underlying problem for energy markets remains the collapse in demand caused by the coronavirus, which has grounded planes, stopped billions of people from driving and disrupted global trade. Economists have forecast a deep global recession and international oil organizations estimate that demand will shrink in the coming weeks.

“We’re running out of storage,” said Bob McNally, president of consulting firm Rapidan Energy. “Demand is contracting two or three times as fast as supply.” The drop in prices is a “brutal but efficient” mechanism to “persuade producers to keep oil under the crust,” Mr. McNally said.

The drop below zero makes it more likely that President Trump will impose tariffs on oil imports into the U.S., added Mr. McNally, a former White House adviser.

Market mechanisms that might help rectify the slump appear to be breaking down because of the lack of storage space and demand for oil globally.

Monday’s moves also prompted urgent discussions between Saudi Arabia and other members of the Organization of the Petroleum Exporting Countries about whether to cut production as soon as possible. OPEC members are considering bringing forward the start date for production cuts from May 1. 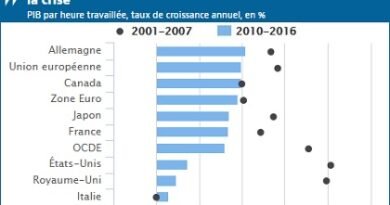